On October 5, the Sakata Seed Ibérica stand at Fruit Attraction will again be visited by important personalities from the world of communication, sports, nutrition and cuisine, among other sectors. “The multinational seed company organizes this event every year to reward all those who give visibility and promote healthy eating and good lifestyles in society, as do this year’s winners: the Gasol Foundation, Juan Revenga, Lucia Galan , Vicky Sevilla and Mikel Iturriaga. The event will also be attended by chef Martin Berasategui, the president of the awards, the Torres Brothers, who will present the event, and winners from other editions, such as chef Carme Ruscalleda.”

“This year’s Savia Prize is awarded to the Gasol Foundation, founded by basketball players Marc Gasol and Pau Gasol. This organization focuses its efforts on the fight against childhood obesity through programs, activities and initiatives communities that promote healthy lifestyles among children, youth and their families.”

“This year, the Flavor Award is given to Mikel Iturriaga. The famous philologist, journalist, presenter and food critic is the visible face of the El Comidasta and Banana split programs. He uses his channels to share interesting articles and recipes to raise awareness and involve society in healthy eating and living habits. Mikel is also a blogger and writer and has three books on food.

“Lucia Galan, better known as Lucía Mi Pediatra, will receive this year’s health award. The work of this pediatrician and writer aims to help parents teach their children a good food education, among other things. Lucía has 17 years of experience, she has published 10 books, and has a long career in social networks.”

“Juan Revenga, dietician, nutritionist and biologist, received this year’s Senses award. He combines his work at San Jorge University as a professor in the Faculty of Health Sciences, with tasks of nutrition awareness, health and nutrition He is also a member of the Spanish Academy of Nutrition.

“Vicky Sevilla is the winner of the Semilla 2022 award, intended to recognize the talent of the future promises of gastronomy. Vicky is the youngest woman in Spain to have a Michelin star and, at 25, has already opened her own restaurant. “ 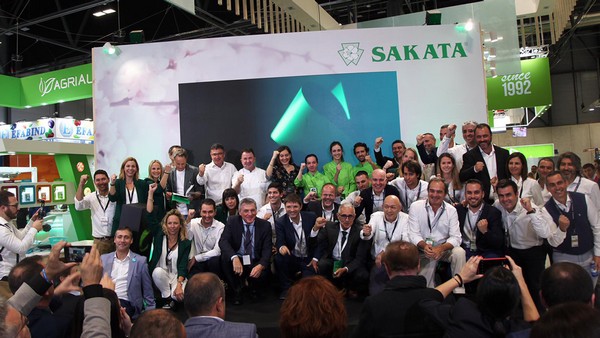 The celebration of the fourth edition of the Sakata Awards will take place at 12:00 p.m. at the Sakata Ibérica stand (9E13) in Hall 9 of Fruit Attraction.

Denver Downs kicks off the fall season with a new attraction